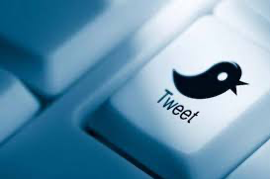 Frequently my clients ask this question and I understand their hesitation. Tweeting feels like an episode of cyber schizophrenia: when you tweet and nothing comes back, you start to wonder if your audience is perhaps an imaginary friend. The platform is confusing as well: fast moving, rudimentary in options, lacking sufficient security, and simultaneously rife with trolls, negligible intellects, and bots. With all these frustrations, costs, and risks, while conversely brand awareness for B2B on social media is still in its infancy, why be on Twitter at all?

Twitter is where the news breaks first now: journalists cannot be everywhere at once, but Twitter can and is, because every employee in the office has a cell phone. Because this is the case, all media platforms are actively on Twitter. And that makes sense. If a journal doesn’t have the news as it breaks, their audience goes elsewhere and the subscription dollars with them. The media’s dependency on Twitter is exclusive too: LinkedIn and Facebook’s social media models require membership, so news there doesn’t break there in real time.

A direct result of the media’s dependence on Twitter is your own: your company needs the media to build brand awareness and a solid public relations campaign. But as with any commercial exchange, consider the media’s need: why would they carry your company’s narrative, over a rival who has a large Twitter following? A rival with a large Twitter following will logically share the media feature far and wide, bringing them new subscriptions of their own.

Have a thought leadership article you want published? Media outlets now look at your Twitter feed and evaluate whether you have a sufficient following to bolster their own economy. To give you an idea, Inc. Magazine even has a caution on their contributor application page saying if you don’t have a large Twitter following, it is unlikely you will be selected.

There’s a defensive aspect to your involvement on Twitter too. A round of layoffs, a competitor’s collapse, or a sexual harassment scandal can all break very quickly. As you know, a swift, but thoughtful response is essential, and you need to have an audience of followers on Twitter willing to convey that narrative. If you aren’t on Twitter, the narrative will be revealed and developed in your absence.

Tweet keyFinally, there’s a practical reason. While the ROI of being on Twitter for the purposes of marketing and sales for B2B companies is still in its infancy, the key word to note is infancy. It will grow. And building a successful Twitter following takes time. Do you really want to wait to start, and risk your competition growing in the space in your absence?

It’s not all as scary as it looks at first glance. Twitter has its own rules for online respect, and serious tweeters find the simplest actions like a retweet can have amazing returns when you need them. There’s a saying that goes “Facebook will make you hate everyone you’ve ever known, Twitter will make you love everyone you’ve never met.” That’s not a bad return in and of itself. But it does take time, patience, and careful planning to get there.

In Part 2 we will talk more about how you can build a successful Twitter following and manage risk.
With multiple clients reaching 20%+ growth rates, being named to the Inc. 5000 List, and garnering a cumulative eight American Business Awards in the past two years, Mayfield Consulting lets the results speak for themselves. MORE >